UPVC Doors & Windows are Perfect in an Insecure World

The days when people could openly leave their front and back doors unlocked throughout the day without having to worry about burglary and other forms of trespass have well gone.

Times have changed dramatically since the war and security is usually the biggest concern in the 21st century when it comes to owning a home. The numbers of robberies taking place across the UK are at a frightening level when compared to previous years. Therefore, any responsible homeowner should take action whether in a new or old home. 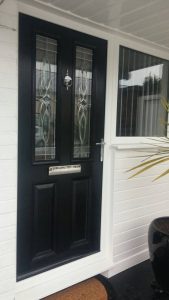 can protect a home in unison against unwanted intrusion. Modern windows are made up of double glazing and UPVC frames, which are virtually unbreakable. Even the removal of the glass from the outside is practically impossible.

Whereas, old windows could usually be broken into with very little force due to their flimsy and sometimes poor composition. This made them an instant target for burglars. Undecided about uPVC? Read this: Buy Aluminium or UPVC Double Glazed Windows?

One thing both old doors and old windows had in common is that they would both tend to become more fragile over time. Frames would start to disintegrate, flake and crumble, making it easier for anyone to get through them. They would also require a lot of care and attention as paint would fade and a new coat would be required every few months.

All these problems can be eradicated as not only does UPVC never need repainting, but all new doors and windows come fitted with locking systems much stronger and reliable than their predecessors.

Like UPVC conservatories, they are designed to be thief proof and with many firms offering a security guarantee if they fail, there is every reason to have them installed.

A more secure home is guaranteed to give everyone a better night’s sleep, leaving them safe in the knowledge that your home is looking after you.